Get fresh music recommendations delivered to your inbox every Friday.

by The Speed Of Sound 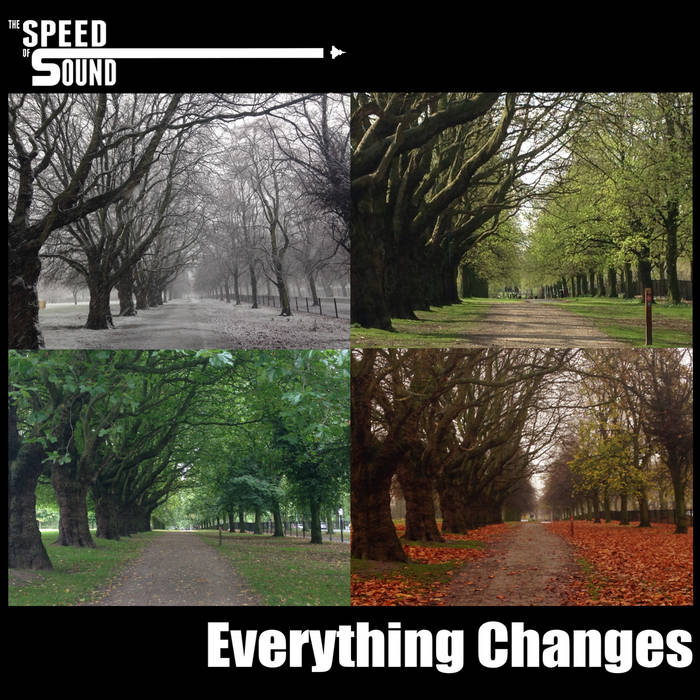 Everything Changes is a hybrid format album comprising 170g heavy black vinyl LP with ten songs running to 34'04"and also containing a glass stamped CD insert with those ten songs, plus an additional ten bonus tracks. The total CD run time is 76'46".
There is full colour inner sleeve with the lyrics and also printed inserts.
The digital version has a pdf lyric booklet.

Thanks to:
Lucy Power for the flute on Little Miss Restless and to Lord Litter for being our DDR Border Guard on Checkpoint Charlie.

Special thanks to:
Staggy and David Wilcox for repeated use of their immense mixing expertise and advice
The Miller Centre University Of Virginia (for allowing use of JFK on Checkpoint Charlie)
Maxine Green for the hand drawn sketches of the band and their gear on the insert sheet
The Sandstorm Sharkfin Plectrum (without which many more guitar strings would snap)
and to Maria Garduno Chaves for tireless behind the scenes assistance.

And also: thanks to all our friends and relations who have hardly seen us for the last year or more while the album has taken physical form
And to EVERYONE that buys it and supports independent music.
Keep it real.
Play loud and play often.

The Speed Of Sound UK

The Speed Of Sound recommends:

Bandcamp Daily  your guide to the world of Bandcamp